I’m currently sitting in Malpensa airport, where I arrived ridiculously far in advance of my flight. (Thanks to the bus times, it was that or a nerve-wrackingly tight schedule.) At least it means I get time to post my next five photos…

It’s been COLD!!! here in Turin these past few days. At least, cold for Turin — temperatures near freezing, and lots of fog to keep you feeling nice and damp and clammy. Ugh. Makes for some atmospheric photos of the bare trees in the park, though.

I am rather excited that a) I actually did another 5 days of my photo-a-day challenge, and b) I found some colourful things to take pictures of!

Obviously the smart thing to do in the month when the days are shortest is to challenge yourself to take a photo a day. Who even needs natural light anyway? (My ancient phone camera. That’s who needs natural light to function. I really don’t know why I thought I should do this in December.)

My plan is to post the photos to my blog every few days to take advantage of fear of public shame to avoid just accidentally photographing the inside of my handbag and calling it a day.

*yet. (Remember when the most outrageous thing to happen in the world was that some famous food blog posted a bizarre article about fairy bread? Yeah, those were the days.)

A few weeks ago, it was my 30th birthday, and I fully intended to write something wise… well ok, something thoughtful… at least something not stupid about leaving my 20s. And then I was busy, and then I couldn’t be bothered, and now it’s Thanksgiving in America so I’m going to steal their holiday idea and write a list-post of things I’m grateful for about my birthday. 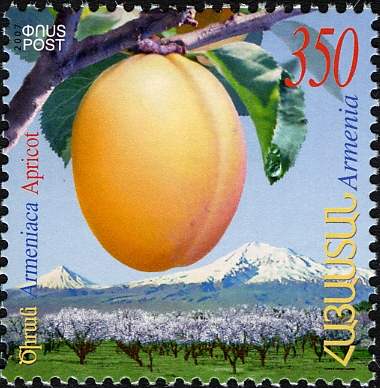 Also, earlier in the summer I had been bested by a cake with fresh fruit in it, and it was time for revenge. END_OF_DOCUMENT_TOKEN_TO_BE_REPLACED

I’d only been back in Turin a few days before I realized I needed to get out and walk… again. So last Saturday, a few of us took the train up to Parco Naturale del Gran Bosco di Salbertrand in Susa Valley.

This was the first time I’d organized a hike myself, and I’d been careful about choosing a nice route for the group: it featured a rifugio near the top, and several options so we could take the less steep path on the way down to save our knees and ankles. Unfortunately my map didn’t have full topographic information and it turns out that just because a path is twice as long, it doesn’t have to be half as steep a descent. It can be gently uphill for a substantial distance and then drop precipitously into the valley on a track covered in pine cones that act as rollers under your feet. (Sorry guys!!!)

When we weren’t slipping and sliding and cursing our way down the side of Susa Valley, we had a walk through a pine forest in the morning light, past old stone walls and ruins of buildings that we debated about (were they houses, or cow sheds, or..?). We picked lavender and mint that was growing beside the path. We saw cows — and a marmot, who was sadly uninterested in B’s offer of lifelong friendship. It was a very human landscape, with all its signs of human history — apparently, timber from these woods was used in the construction of the Superga Basilica in Turin. It was also a very modern human landscape, with the constant hum of the highway below us.

We got back to Turin that evening tired and hungry and coated with a fine layer of dust.

Practical information for future reference: You can get to Gran Bosco di Salbertrand without a car — take the train from Turin to Salbertrand (altitude 1000m) on the Bardonecchia line, it runs hourly, takes about an hour and costs 5.75 euro each way. From there, there are all sorts of walks you can take. I used this map, be warned that although it gives altitudes of landmarks it doesn’t have contour lines. We took the GTA route up to Rifugio Daniel Arlaud (altitude 1770m) and then on to Le Selle (altitude 2000m), which is a cluster of agricultural buildings, but also a great viewpoint for the valley. We followed the (closed to cars) road down and then took route 2, which was very steep and I wouldn’t recommend it unless you enjoy that sort of thing.

It was quite dry in late August, and if I did this walk again I’d do it earlier in the summer with the hope of seeing green meadows rather than brown. (It was also quite warm, but much of the route is shaded.)

Went hiking with some friends and their kids yesterday in the foothills of the Alps. It was a sunny day and it was hot work following a narrow valley up, until we came over the ridge and found ourselves in the open space of Conca del Pra, a basin surrounded by jagged hills. On our walk we saw waterfalls, and wild roses, and cows, and raspberry patches, and flowers growing from the rocks that were reminiscent of hattifatteners, and entrances to mysterious caves where the air was cool and underground streams emerged. Our 4-year-old guide would probably want to add that we saw plenty of cool rocks and sticks and also he found an old shoe lace.

Practical information for future reference: We parked at Villanova, which is near Bobbio Pellice, which is a bit past Pinerolo as you head into the Alps in that direction from Turin. It was a popular spot — the tables at Rifugio Willy Jervis in Conca del Pra were full of people having lunch — which is not surprising considering it’s a beautiful place only 50 km from central Turin. There are 2 trails from Villanova to Conca del Pra, one that is a dirt road with a few shortcuts to save on tedious switchbacks, and the other that follows the other side of the stream and is much steeper and rockier (but definitely rewarding). We took the gentler route up and the steep route down, my knees today feel like that was maybe not the best order to do things… It’s also possible to drive up to Conca del Pra and use that as a starting point for hikes further into the hills.

Earlier this week, a friend sent out a group message that she and her family were going on a hike on Saturday, anyone was welcome to join them, adding “it’s one of the most beautiful hikes I’ve ever seen”.

“How is this even possible?” we asked ourselves, repeatedly, as we walked through alpine meadows with walls of dramatic jagged rock formations above us and a clear cold mountain stream running next to us. We saw a herd of cows, an enchanted lake with a million shades of green algae growing on the bottom, half a dozen marmots, a pond with tadpoles, wildflowers in pink and yellow and purple and orange, and new views opening out to us every time we climbed a hill.

At one of our many pauses for photos, I asked one of the guys if he wanted a photo “with that stuff over there.”

Practical information for future reference: vallée Étroite (valle Stretta in Italian) is just over the French-Italian border from Bardonecchia. We drove from Turin, which takes 1.5-2 hours on the highway; parking near our start point of Rifugio i Re Magi (website in Italian) was 2 euro for the day. We walked from 1780m  above sea level at Rifugio i Re Magi to 2500m above sea level at Refuge du Thabor (website in French), a distance of about 7km each way on well-marked trails — just make sure you follow the signs to Refuge du Thabor and not Mont Thabor itself. You can buy lunch at Refuge du Thabor or even sleep the night. I was glad of my waterproof shoes for the stream crossings but everyone else got on fine in running shoes.

We went home via the coast

Went on another hike this weekend, this time in Tanaro Valley near the border between Piedmont and Liguria. A hot morning, followed by an afternoon of dramatic skies, rain showers, and thunderclaps in the distance (disconcerting when you’re on the top of a hill!), followed by an evening on the Mediterranean coast eating takeaway pizza while standing around a concrete block used as a makeshift table. In between all of this we also read the gospel of Matthew start-to-finish — I’ve been going to church all my life but somehow the Bible becomes new and unfamiliar when you read it in long sections while sitting on a picnic blanket in a beech forest rather than a paragraph at a time in a church service. Highly recommended.