I recently booked some flights back to Australia for Christmas. Inveterate travel cheapskate that I am, I decided to save money by flying Air China, via Beijing. It only adds 10 hours! It’s several hundred euro cheaper! How bad can it possibly be??? That last question is hypothetical, please don’t regale me with stories of how bad it will be.

Anyway, I’ve already done worse. I once flew Perth-New Orleans, via Singapore, London and Chicago. 3 airlines. 40+ hours. Shoving all my stuff into a carry-on so I wouldn’t have to collect bags and possibly miss a transfer. I even got extra security questions at Heathrow due to my weird itinerary.

Also, completely unintentionally, that trip was when I moved overseas.

It started innocently enough. I intended to go to a conference, spend a month in Italy, a few months in Scotland, be home in time for spring. And even that trip was more than I’d really wanted. I’d have been happy to just go to the conference. I’d moved around a bit the previous few years — a couple of 3-month stints overseas, plus changes of housemates and a move within Perth — and I just wanted to stay put for a while. Get some house plants. Give the batch of sourdough starter I’d made a chance to take off.

So when my PhD advisor said he was moving to Scotland and suggested I should also spend a few months there, I was unimpressed. “But I like Perth! I’m writing up, anyway, it’s not like I can’t just work from home if I wanted to. And why does it have to be Scotland, couldn’t you have picked somewhere sunny?”

In the end I’m not as strong-willed as all that, especially not against someone who managed to convince me to start a PhD in the first place because — this is what he said — if I went into industry I might have too much money to know what to do with it, and I’d end up owning investment property. I can’t remember what the arguments were for Scotland, there may not have even been any.

I agreed to some months in Glasgow, a “summer”, if you can call it that in Scotland.

And it was cold, and wet, and for a while there were mushrooms growing in my bathroom, and there was that time the office smelt exactly like a gas leak but it was actually just the drains. And there were the friendliest most sociable colleagues I’ve ever met, and nights spent dying of laughter while drinking whisky in a dark pub, and amazing scenery in the highlands. And I loved it, and with hardly any arm-twisting at all I agreed to stay another 6 months. 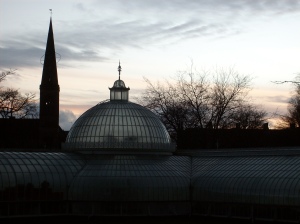 Glasgow can be so pretty. Except that this it-will-be-dark-in-10-minutes dusk photo was taken at, like, 3pm. Winter in Scotland sucks.

When that time was up, the obvious thing to do next — as someone who didn’t want to leave Perth, remember? — would be to move home. So of course I took a job in Torino, Italy.

That was 2 and a half years ago, and I will grant that at some point, the move overseas stopped being accidental. You can’t live in a place for 2 years and not notice that you’re not living in your old hometown any more. 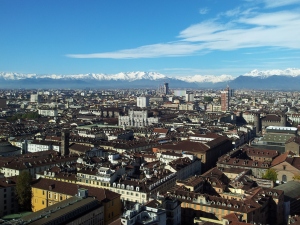 This image maybe over-represents how much sunshine and blue skies Torino really gets.

I can’t stay here forever, eventually my work contract will run out. What’s next?

Sometimes I’ve considered just not stopping, keeping on moving every 6-12 months. There’s an entire corner of the Internet full of people who’ve decided to perpetually travel. I can see why. Waking up in a city you’ve never been to before is genuinely exciting. And the possibility to re-invent yourself constantly, always being around new people who don’t need to know about your old hangups or unwanted personality traits or past mistakes — if you squint and hold your head at a funny angle, it looks like redemption.

But inertia has kept me in Torino for a while, and I’m glad it has. Waking up in new places is nice, but so is sleeping in your own bed. And what’s even better than having people not know you were a mess a year ago, is having people know perfectly well what a mess you are right now, and they love you anyway. Which, yes, Captain Obvious, but I’m a slow learner.

So I’d like to settle down somewhere eventually. Where? When? Who knows… I’m not sure I’m ready to move back to Australia just yet, but I suppose I shouldn’t rule out the possibility of doing it by mistake.

8 thoughts on “That time I accidentally moved abroad”