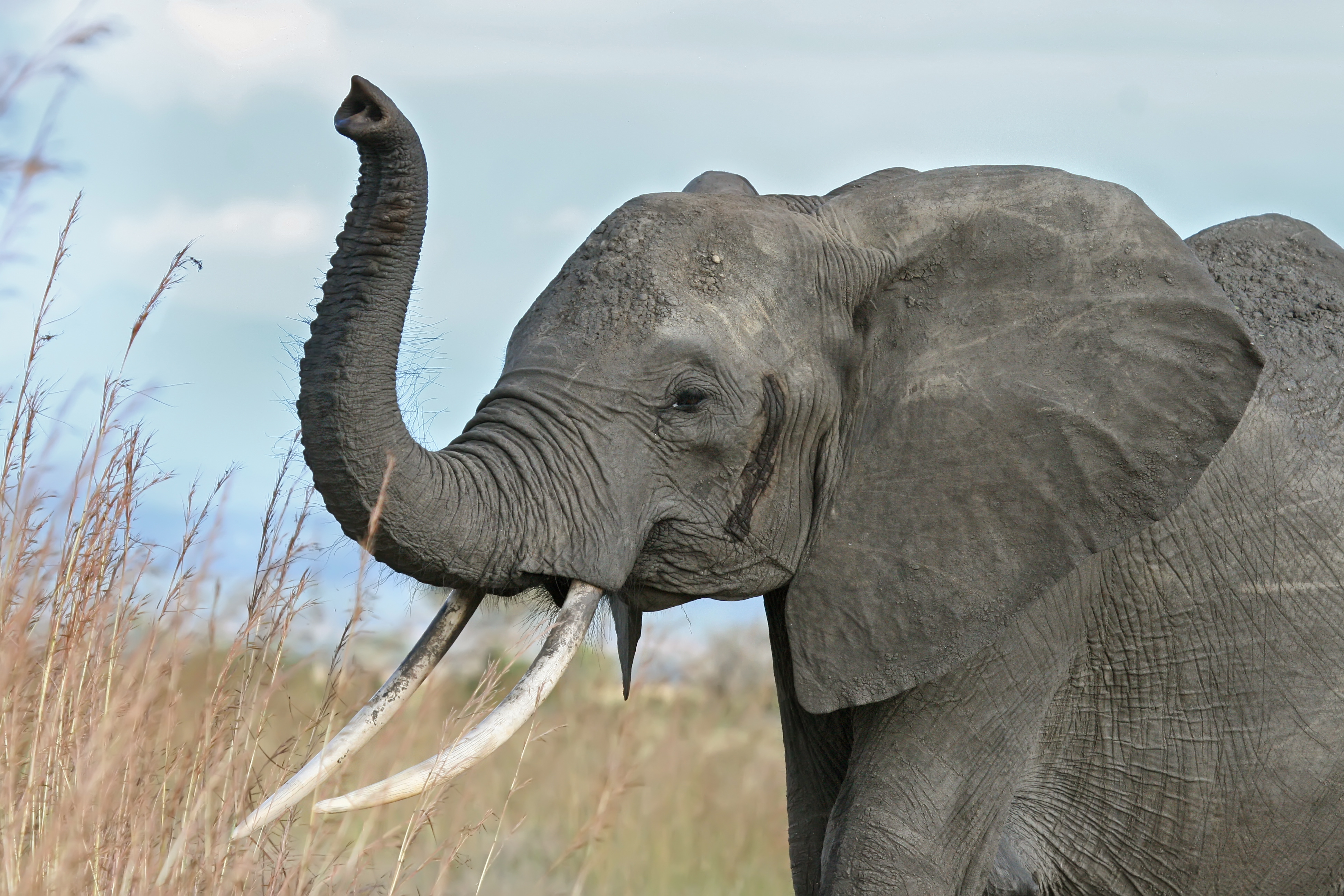 (True confessions: I had to check on wikipedia that elephants actually use their trunks as noses and that’s not just something we pretend when we talk to small children.) “African elephant warning raised trunk” by Muhammad Mahdi Karim Facebook

If you’ve been following along for a while, you might remember that back in April I realised I couldn’t smell anything. Not in the sense of, Yup, I’m living in a clean (enough) apartment without any unpleasant odours, but in the sense of smelling nothing. A sort of silence for the nose. The realization came as something of surprise for me, since a working sense of smell is something you tend to take for granted, but apparently losing your sense of smell is a thing that can happen when you injure your head, which I had done a few weeks prior.

(As an aside, there’s an extremely nerdy drinking game to be had by looking through neuroscience journals and taking a shot whenever you encounter a variation on “olfactory disorders are among the most common sequelae of head injuries” in the introduction to a paper. As an aside to an aside: how cool is sequelae as a word?)

It was probably only a few weeks where I really could smell nothing, and to be honest it was quite peaceful. Like sitting in a darkened room. Or at least, it was peaceful once I got over my paranoia about what if I have body odour and I don’t know and all my friends are too polite to tell me??! which isn’t a completely illegitimate fear when you have no sense of smell, but it does ignore existence of regular bathing and modern deoderants.

The other cool thing about that time was that I’d get what I suppose you’d call olfactory hallucinations — like a distinct whiff of the hippy perfume favoured by a former housemate in Australia, while sitting at home with no hippies anywhere near me. I guess the smell processing parts of my brain wanted something to do?

But as Spring continued, the hallucinations mostly stopped and I started to catch the scent of things around me. A cup of coffee, a whiff of car exhaust, someone smoking a cigarette on the park bench next to mine. I still couldn’t smell everything, which I’d be reminded of while eating out with people commenting on how great the food smelled. And for a few weeks in late May I had a pervading hallucination of the smell of hot potato chips (no chicken salt or vinegar). But it was definite progress.

Progress has continued and while I don’t think I’m smelling everything yet, I’ve transitioned from the stage of list the things I can smell to a stage of list the problems still remaining, which is ace. Chief of which is that there are certain common household items I can smell extremely strongly, but also incorrectly, which makes life vaguely disconcerting.

Like, I can smell if earlier in the morning someone made, drank, and washed out a cup of coffee in the kitchenette at work. If my life were a tv series in which I was a quirky nerdy detective, I would totally use that skill to solve crimes, or at least, crimes in which the perpetrator stopped for a coffee beforehand. But the smell of the coffee isn’t how I remember coffee smelling before, it now has strong notes of dirt. And I can smell onions a mile away but the smell is diesel-y.

I figure either things will continue to change — I am learning the slow way that these sorts of things change, well, slowly — or I’ll adapt to how they are. But I am totally serious about the request for onion-free savoury recipes in the title for this post, by the way. I know I can just leave them out, but even better would be food that don’t feel like they’re lacking something without onions/garlic. Any suggestions?

5 thoughts on “Got any good recipes with no onions or garlic? Or: What it’s like to have a wacky sense of smell.”